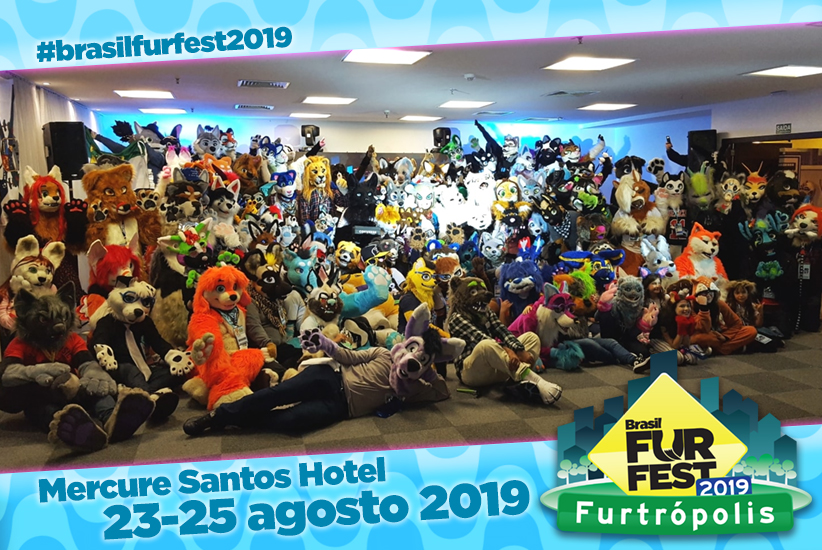 Brasil FurFest’s fourth year was again held at the Mercure Santos Hotel between August 23 and 25, 2019. This time the theme was a Brazilian furry city called Furtropolis. Guest of honor were Pepper Coyote and Zeng Tiger and following the tradition that begun in 2018, the first four super sponsors registered on the website had their fursonas represented on the official poster of the event.

A new accreditation room opened the activities of Brasil FurFest on the afternoon of August 23rd. The whole convention center was decorated as a city and had two locations: Dogbomb Street and Tame Wolf Square. The schedule continued with the opening ceremony and a rave. The opening ceremony featured a poem about Furtropolis, as well as a parody of the Zootopia animation with some elements of The Naked Gun movie. Soon after, the staff presented details of the event and handed over Furtropolis FC’s jerseys, an initiative that aimed to raise funds for the charity campaign, which once again benefited the social project SOS Vida Pet Litoral. Two challenges were presented by the staff for fundraising, one of them being a dispute over whether in Furtropolis the correct term for a snacek would be cookie or cracker, a Brazilian meme.

Brasil FurFest had on Saturday programming social mixers, lectures, workshops, dealer’s den, artist’s alley and a photo session with the fursuiters to replace the Fursuit Parade, which was canceled due to drizzle that fell in Santos that day. In the evening schedule, karaoke, dance competition and the first performance of the duo Foxes and Peppers in Latin America were the main activities. At the end of the presentation, Pepper Coyote left the Convention Center in a wheelchair due to having enjoyed too much the caipirinhas served in Brazil.

Sunday included the already traditional fursuit games and a talk with Julio Cesar Custódio (Shibinha) about animation/cartoons. Guest of honor Zeng Tiger presented an interactive activity with fursuiters before the charity auction. Fundraising at the auction once again thrilled those present. More than R$ 7,000 were raised in donations. The closing ceremony was one of Sunday’s highlights, with the unveiling of the theme for 2020 and the presentation of future guest of honor, Uncle Kage, which sparked a huge frenzy in the audience. After the official closing, a clip of the best moments was presented and the program followed with a roundtable discussion by furry convention organizers in South America, as well as another karaoke session and the Dead Dog Rave.

The 2019 edition of Brasil FurFest had the largest audience registered by the event. There were 571 furries from 8 countries (Brazil, Argentina, Uruguay, Paraguay, Chile, Colombia, United States and Scotland), an increase of 30% over the previous year. During the closing ceremony, the staff provided time for the Furquest and Furcamp events to be presented to the audience. The theme for 2020, A Haunted Hotel, was unveiled and it was announced that both Brasil FurFest and Argentina FurFiesta will share the theme story. Brasil FurFest 2020 will take place between July 31 and August 2 at the Mercure Santos Hotel. 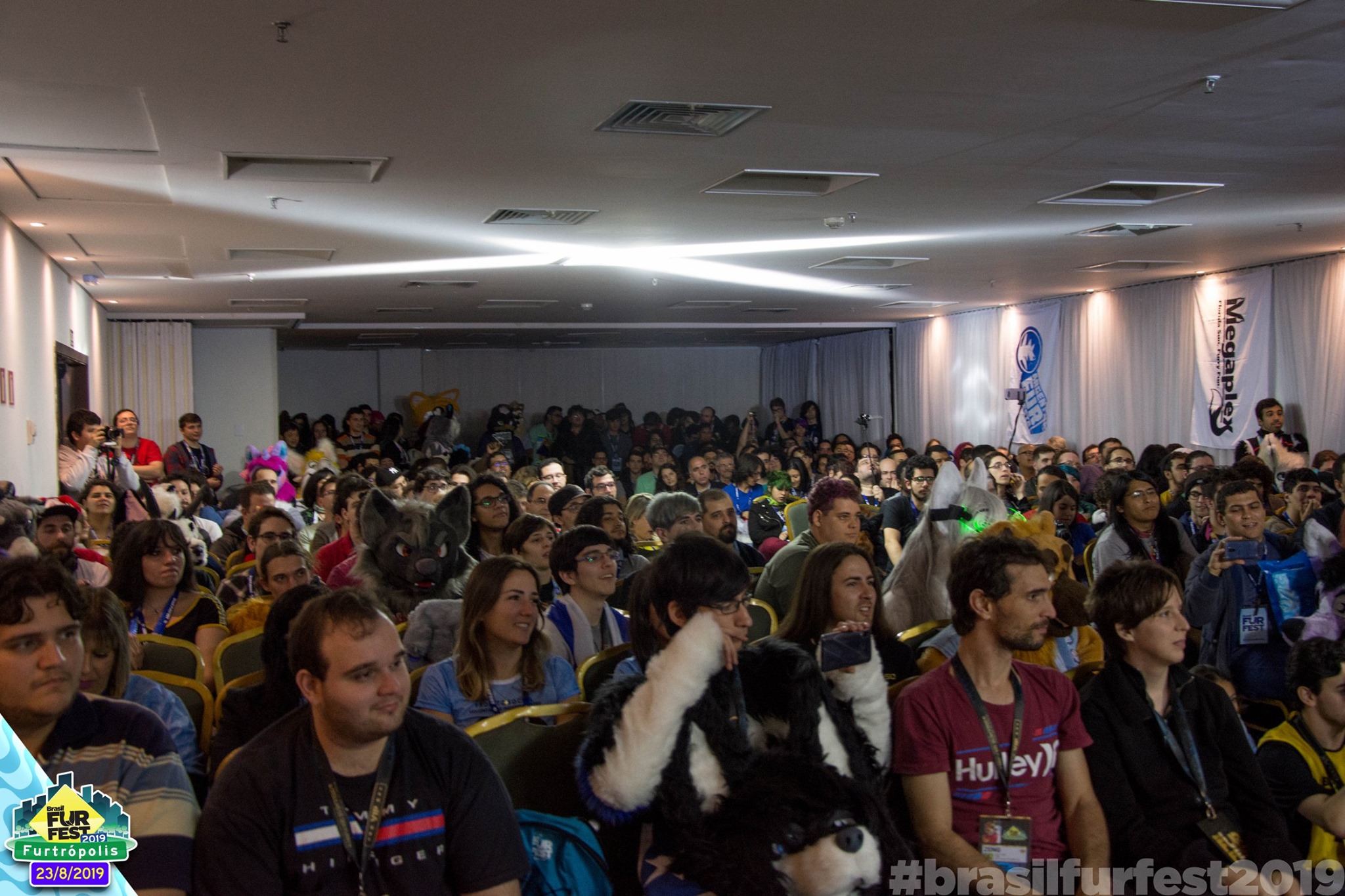 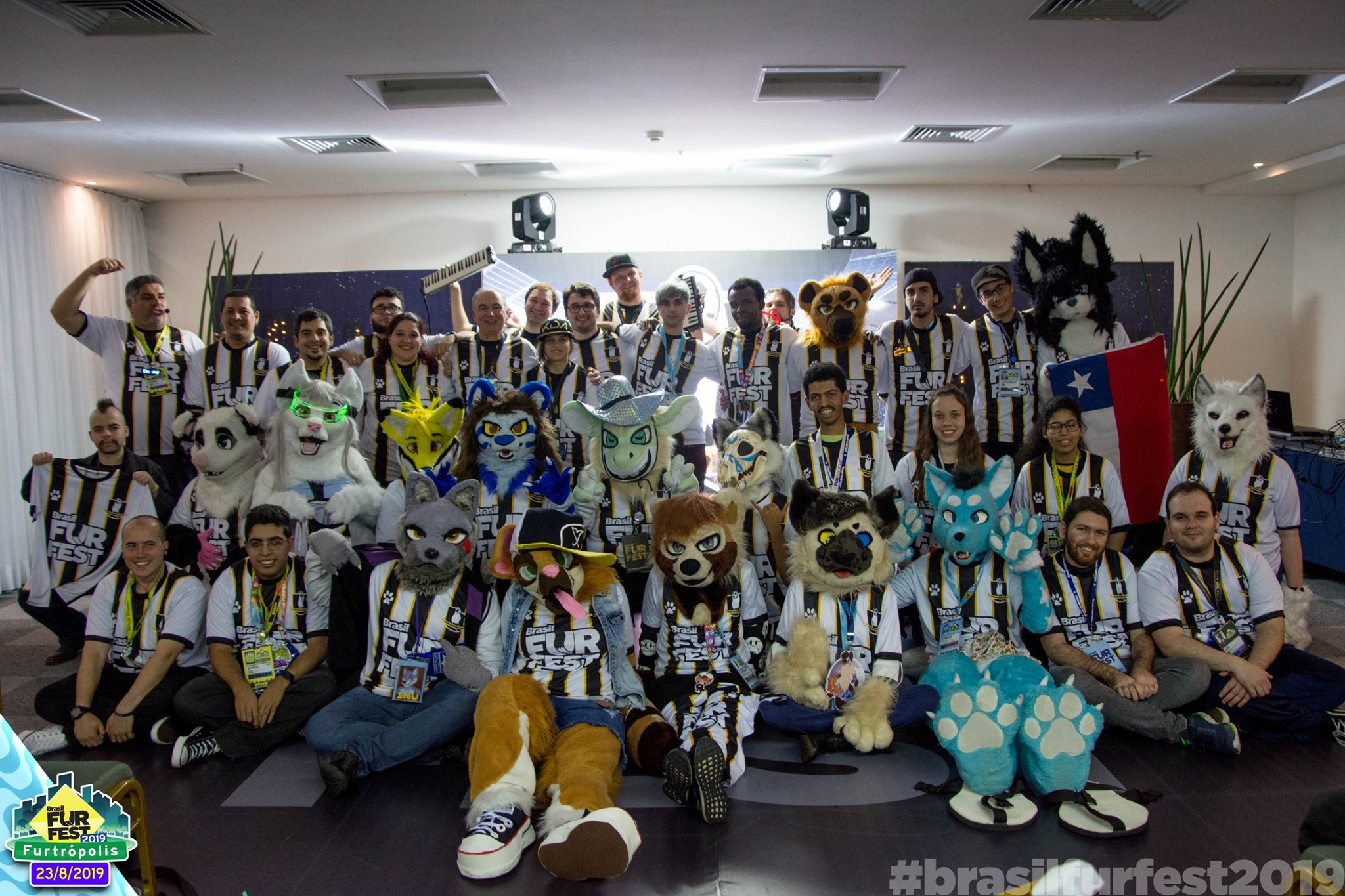 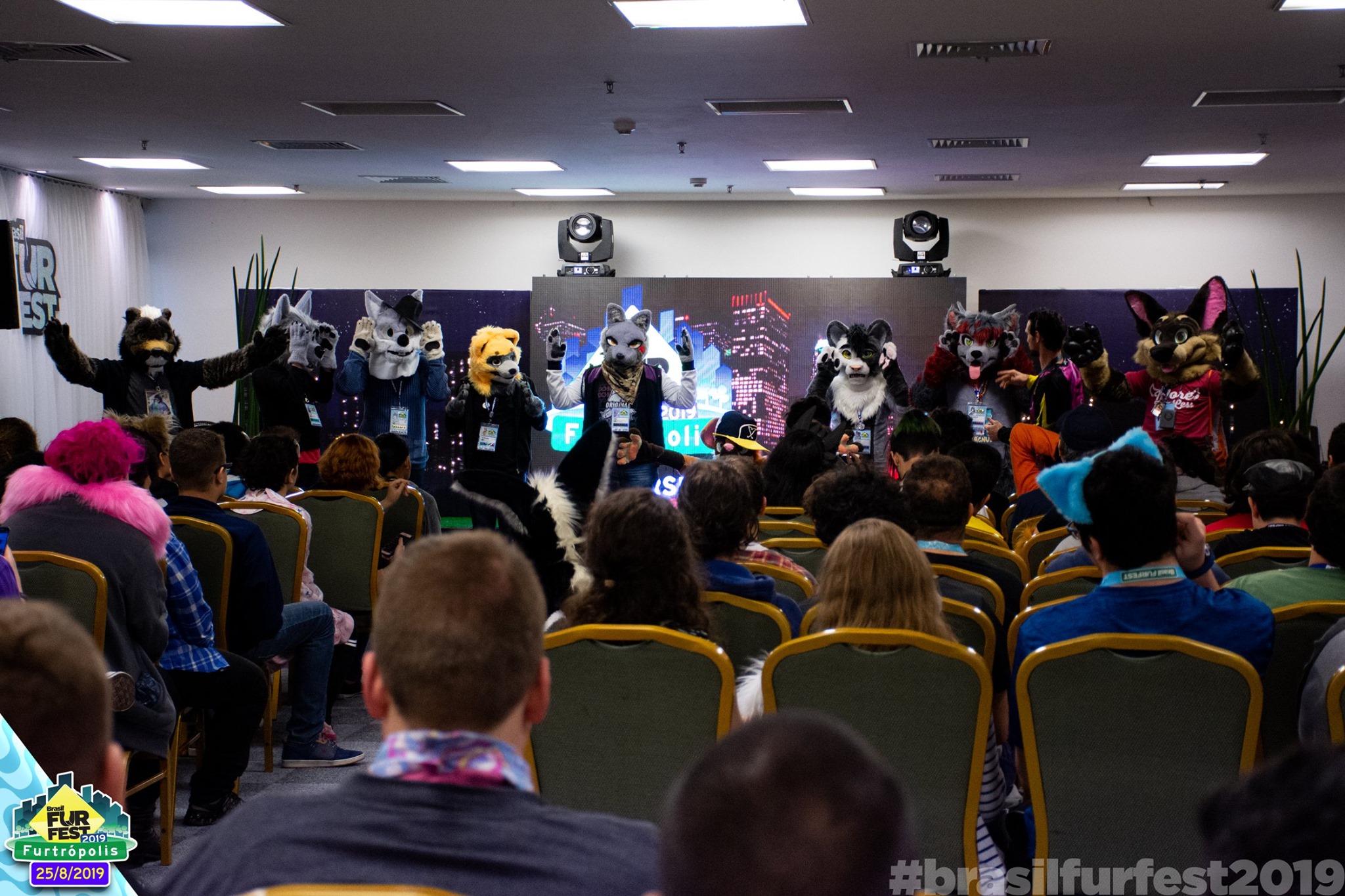 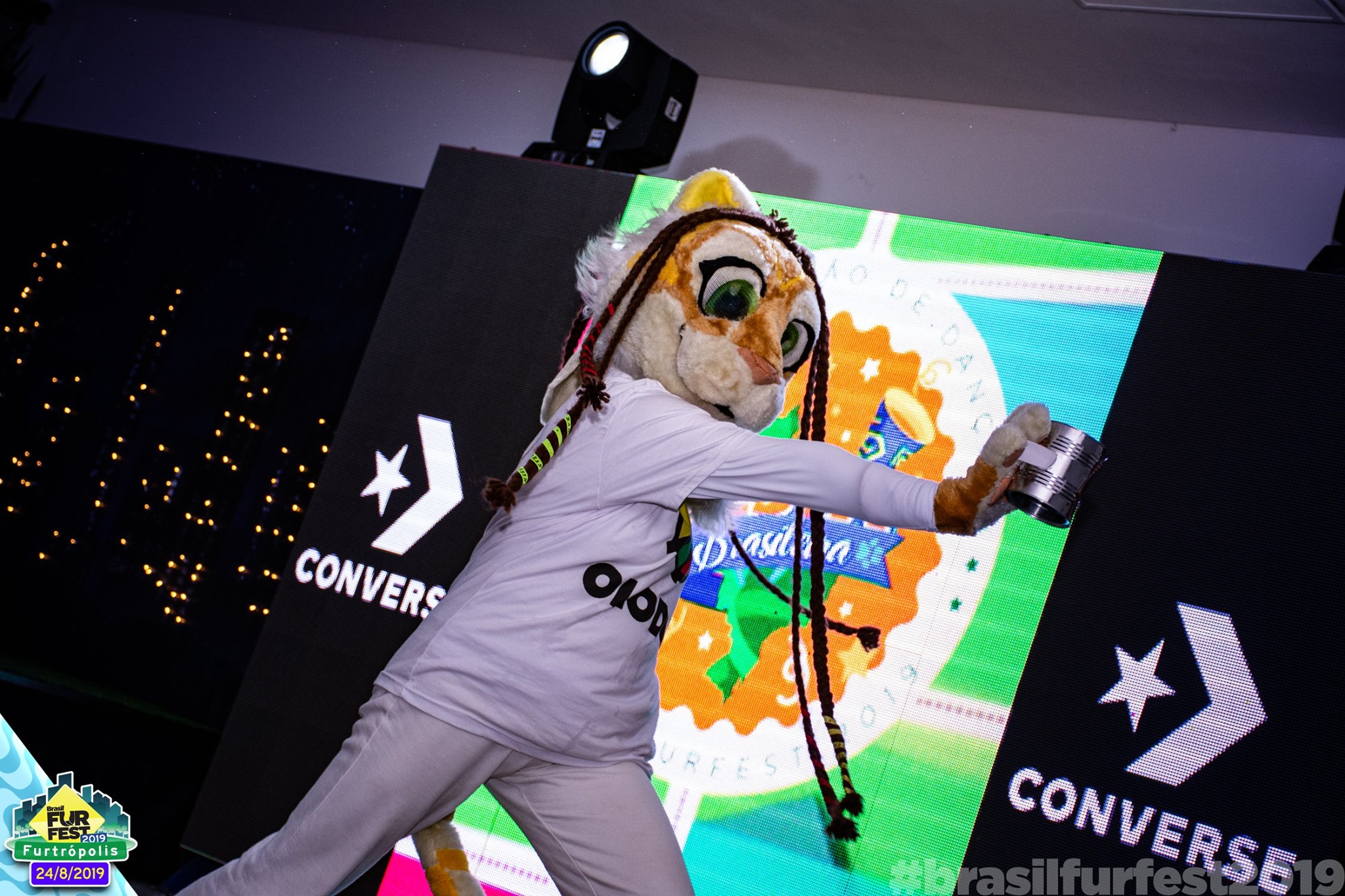 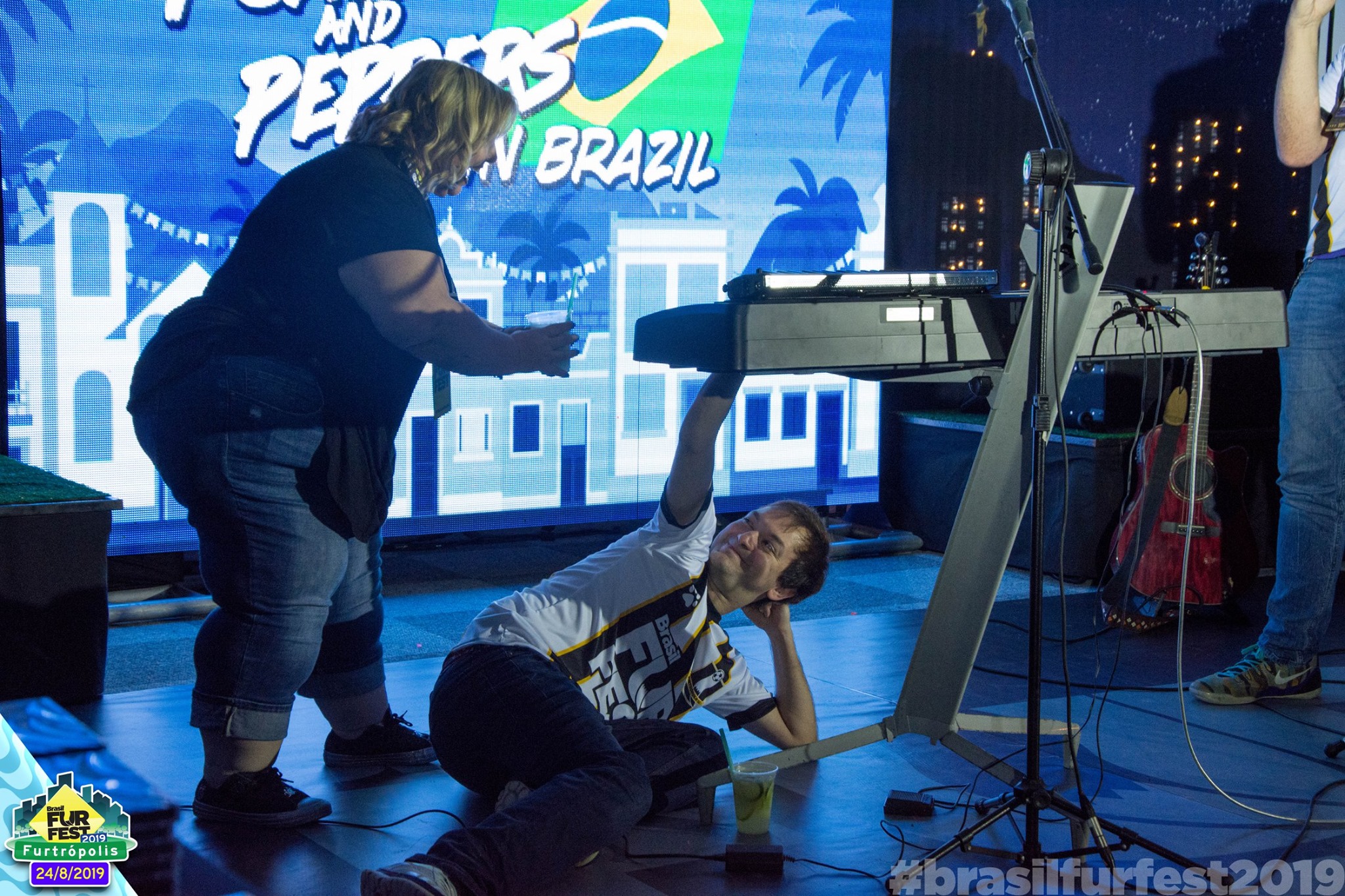