Brasil FurFest’s third year was held in August 17th-19th, 2018 at Mercure Santos Hotel and the theme was the world of movies. Guests of Honor were announced during Furboliche 8: Crash Azarel (Brazil) and Fox Amoore (Scotland). The first four Super sponsors registered had their fursonas represented on the event’s official poster. They were Yrokinn, Eddy, Saigo and Zakumi.

On August 19th, Friday afternoon, the convention area was opened to attendees for accreditation, opening ceremony and the dance “Friday Night Fever”. To set the mood fresh popcorn was served and a drinks and snack bar was installed. The opening ceremony presented a silent movie about the friendship between furries and human society and an action comedy short movie featuring characters Fox Pile Man and El Malo, first revealed at Furboliche 5 – Heroes and Villains. After the movies staff announced two new charity challenges to help raising donations for NGO SOS Vida Pet Litoral. The first challenged was to raise R$ 500 (USD 125) so one of the attendees would “pie” Ruby (vice-chairman) in the face. The first challenged was met quickly and one of the attendees placed a R$ 200 (USD 50) to be the one to “pie” her. Brasil FurFest’s chairman also announced that if R$ 2.000 (USD 500) were raised up until 7pm Saturday night he would present the Dance Competition dressed as a drag queen.

Saturday was filled with traditional activities as ice-breaker dynamics, workshops, panels, dealer’s den, artist’s room and the fursuit parade, that had 115 fursuiters. It was introduced a brand new activity: a round table for the parents of attendees. In the evening, a karaoke room and dance competition were held in parallel. The dance competition was hosted Ursula Mercure, the chairman’s drag-queen character from the convention, who came to life after the one of the charity goal’s was met. The right to name the character was auctioned and it raised more funds for charity. Saturday night ended with the Guest of Honor Fox Amoore’s show. Fox’s relatives that live in Brazil and some of the convention attendees joined him at the stage creating a very special atmosphere.

Sunday’s schedule included the much expected fursuit games, panels, a movie session to celebrate Felipe Marcantonio XDragoon’s 10th anniversary and the newly added quiz game about the fandom. Furry Amino’s meet & greet as well as Guest of Honor Crash Azarel’s photoshoot were also held. A round table about suicide awareness was held at Aquario room, closing the panels. Afterwards the charity auction moved everyone by breaking all the expectations. Over R$ 9.000 (USD 2,250) was raised in donations. The closing ceremony for the first time was not the last activity of the event. After the convention was officially ended, a panel about Brasil FuFest’s behind the scenes was held along with a new karaoke session and the “Dead dog” dance.

Brasil FurFest 2018’s attendance was the highest ever registered. There were 431 attendees from 8 countries (Brazil, Argentina, Uruguay, Paraguay, Chile, Colombia, the United States and Scotland). A 50% increase over the previous year. Charity donations broke all the records and raised R$ 12.359,45 (USD 3,160.90) reaching almost 5 times the amount donated in 2017. The fursuit parade gathered 115 fursuiters becoming the largest parade of its kind ever held in Brazil. During the closing ceremony the staff called  Furcamp’s organizers  (Brazil’s new camping convention, which will take place for the first time in March 2019) to present itself to the  audience. It was also revelead a new slogan for Brasil FurFest: “Friends For Ever” and that 2019 edition will be held at Mercure Santos Hotel again from August 23th to 25th, and the theme will be “Furtropolis, Brasil”. 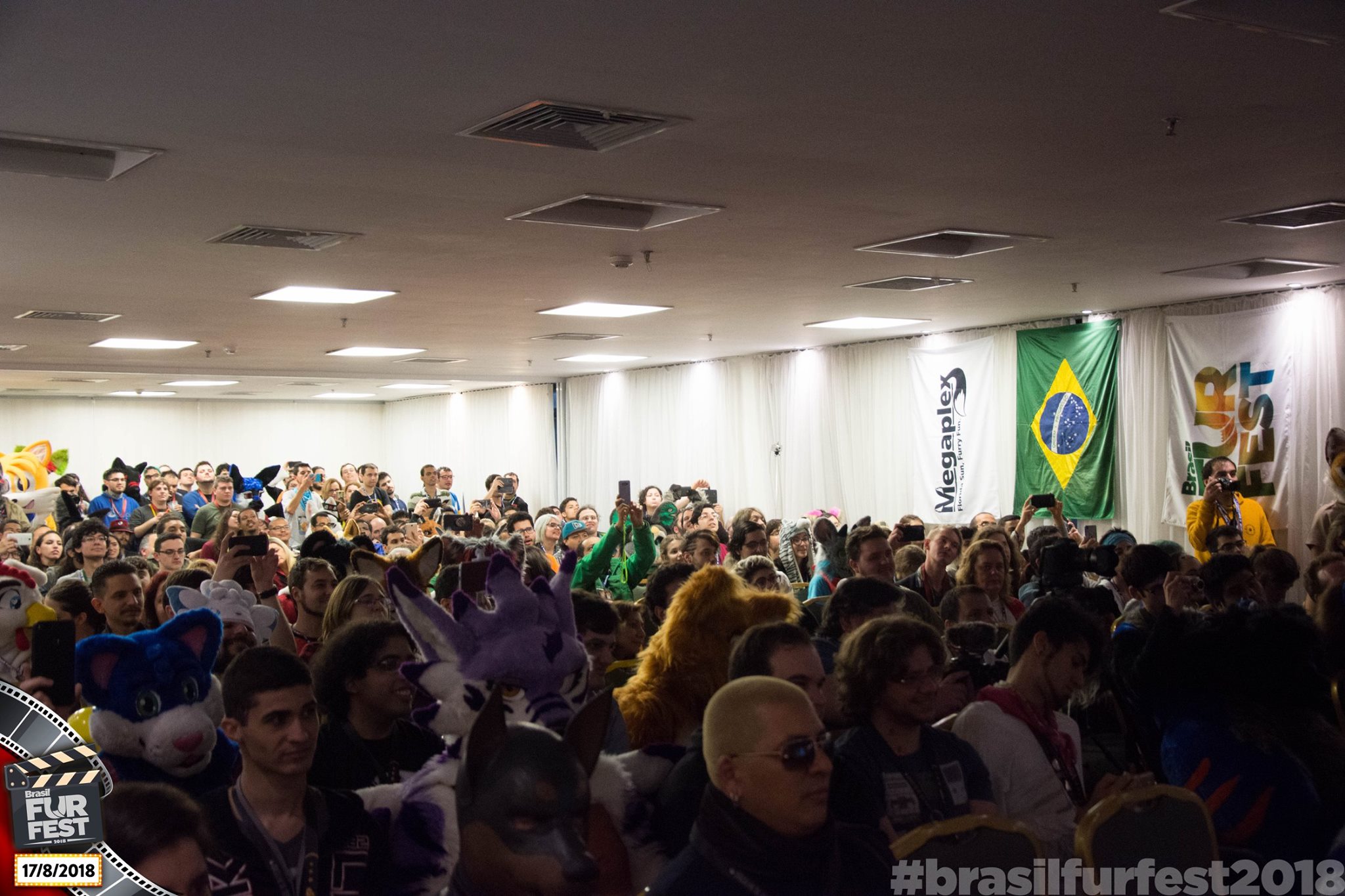 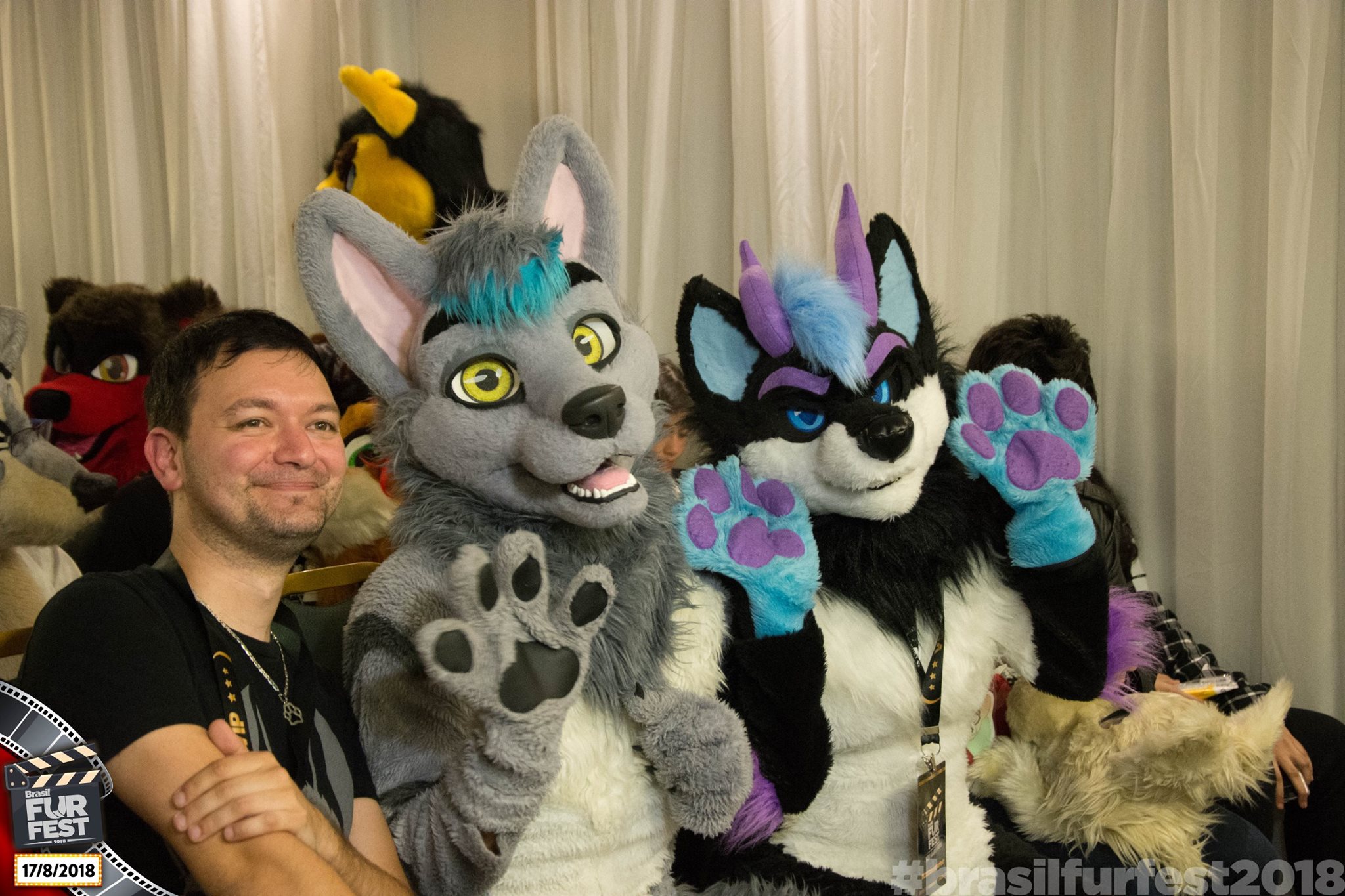 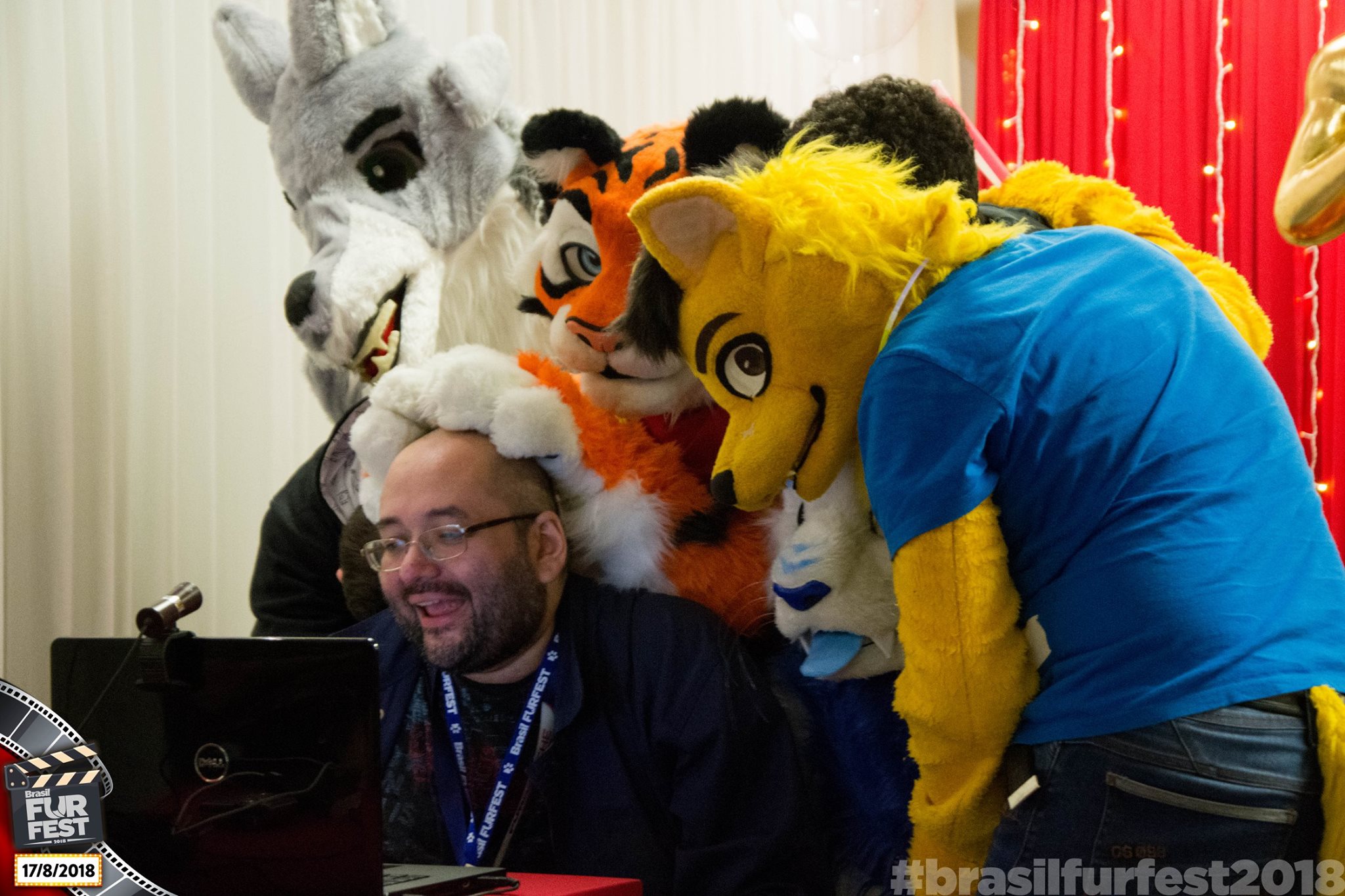 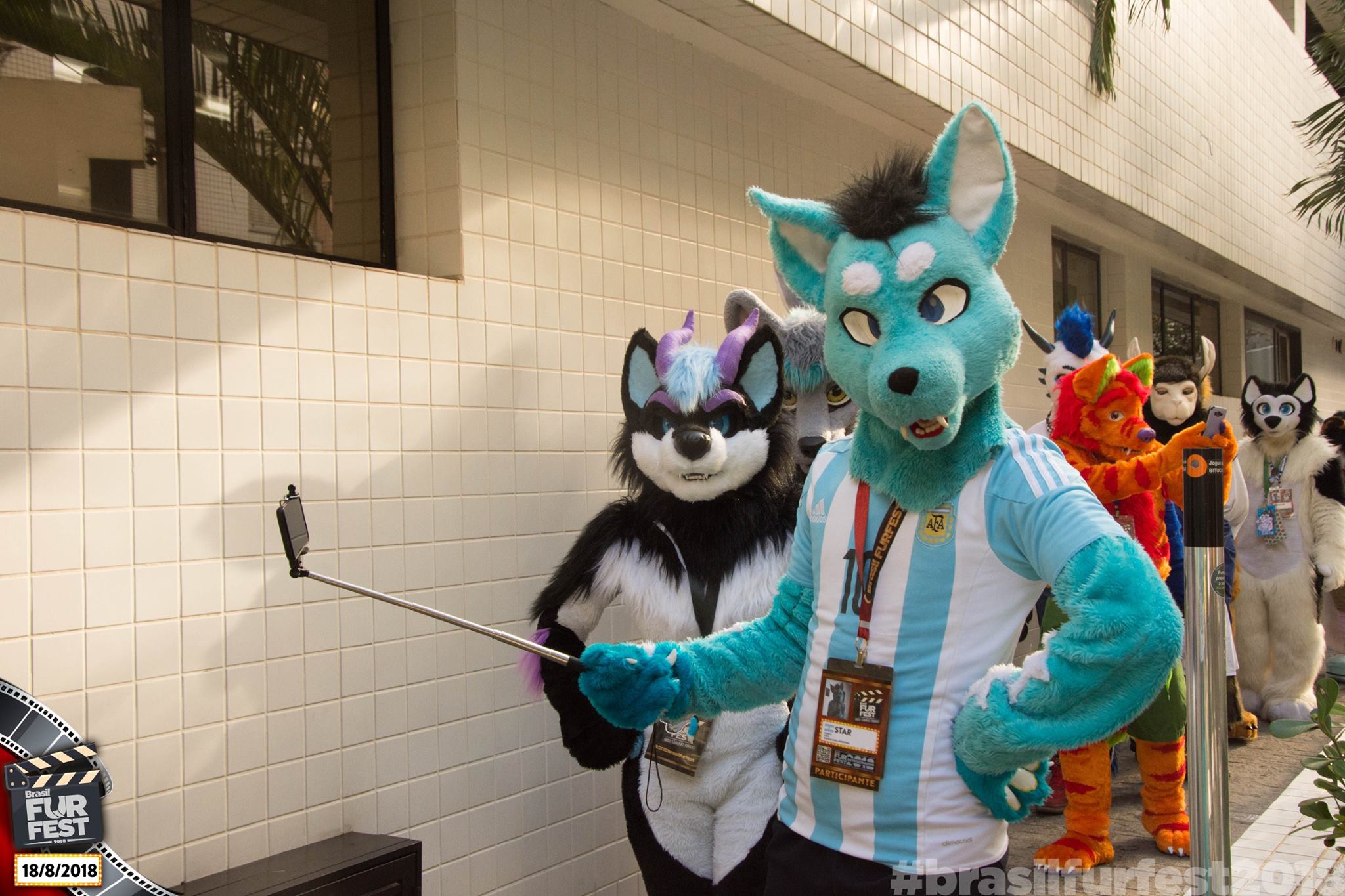 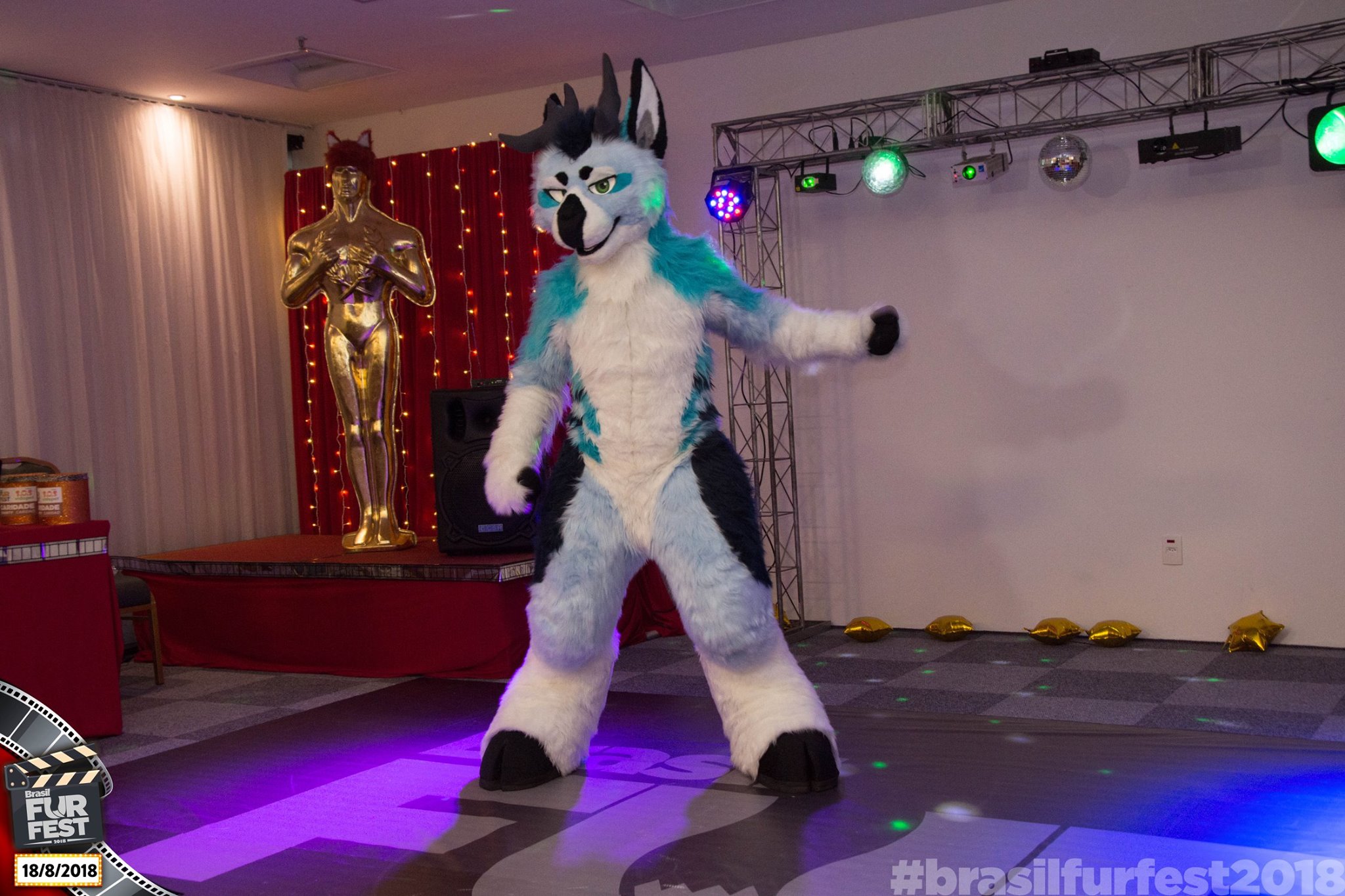 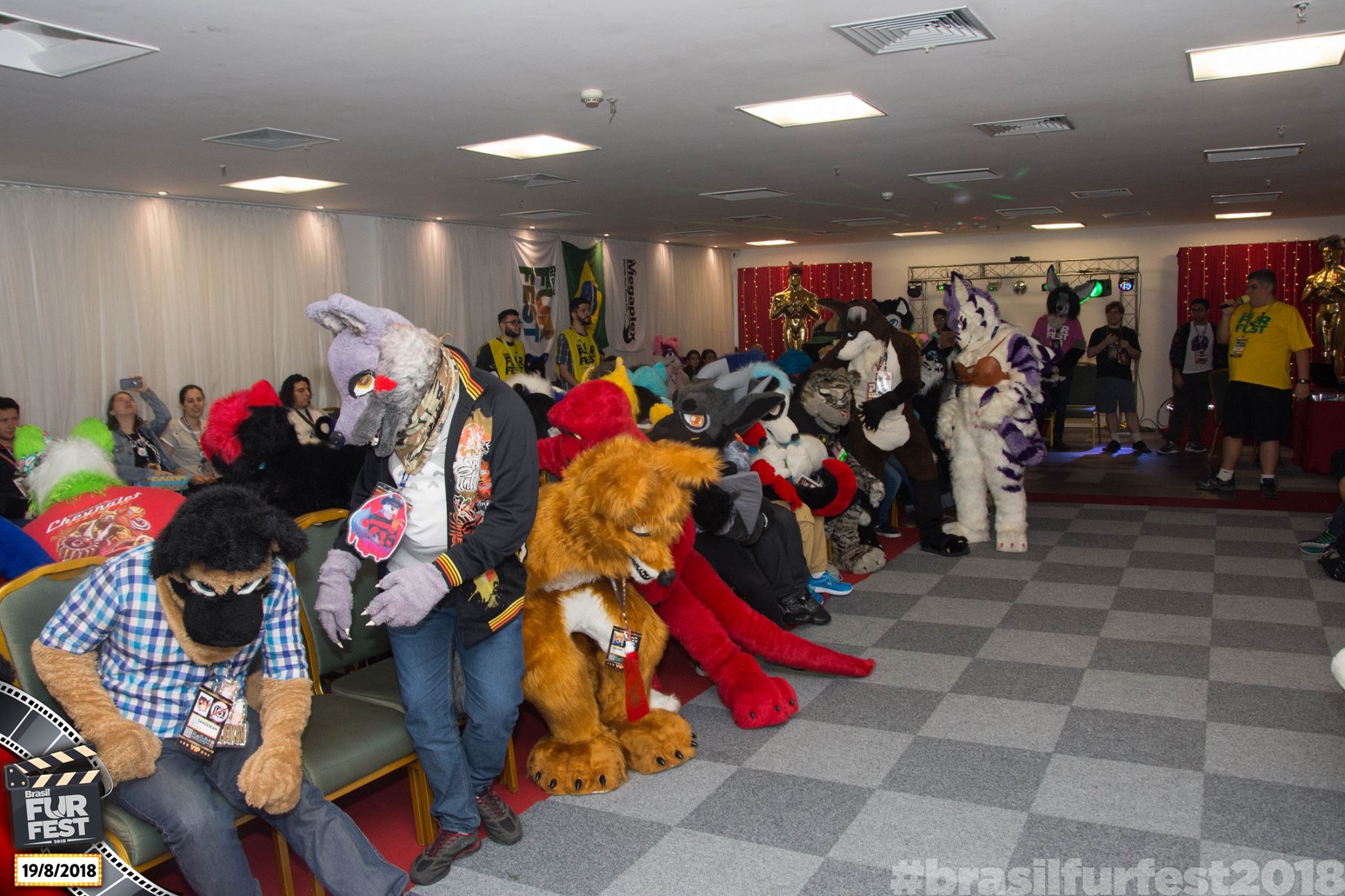